Pulse 2 comes in a simple and stylish box, with all the necessities included. The toy itself, which is rechargeable, a storage pouch and a USB charging cable. The Duo comes with the additional remote. This does not control the main function, however it is used for the vibrating underside – possibly by the partner itself.

This time around, the Pulse II itself is fully clad in matte and velvety silicone. This feels slightly better than the Pulse II Solo, which was part plastic and part silicone. However, the looks are slightly less striking because of this. It also has a slightly different shade to it.

I won’t go into too much details about how it works, as it is basically the same as in my Pulse II Solo review. The toy is used by inserting the penis (flaccid or erect) with the frenulum resting on the raised circle inside the silicone wings. Those wings wrap around the shaft to keep the toy securely in place. The circle – also known as the pulse plate does not vibrate, it oscillates. That feels incredible. It is a very deep and firm pounding sensation, and it conjures up effortless orgasms each time. Almost a bit too quick. It’s basically pounding the orgasms out from hiding. Deep and satisfying. The wonderful thing is that the toy can be used static, or with a bit of lube in a more traditional stroking pattern.

The toy is controlled by an on/off/function button and two buttons for controlling the intensity. According to feedback from my readers, this thing is intense. Almost too much for some, so it may not be the best product if you are very sensitive. Even low has a nice kick to it. Five different patterns and pulsation are also included for a nice variety. 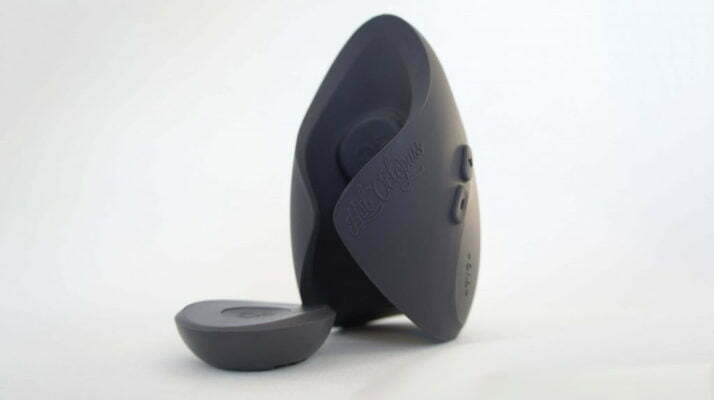 The remote for controlling the secondary motor is fairly simple. It is wireless and takes one watch battery. Non-rechargeable. It has one button and each click activate the next function. On, 1-3 intensities and off. The Pulse II Duo works very well with a partner if one of you straddle onto the other laying down, cowgirl/cowboy style. With the Pulse strapped onto a penis, the underside may then rest against a clitoris or another penis for some dual action. It can also be positioned to stimulate the perineum. It is not half bad, and changes an otherwhise solo experience to a shared one.

The only real negative as with the previous model is the flap over the charging port. It is very stubborn and usually it will not fit back in properly. Charging the toy is still very straight forward and it has a little red light next to the charging port. This will turn green once it’s ready. The buttons are also on the firm side, which I do not like much.

Being made with waterproof and hygienic silicone, Pulse II Duo is so easy to clean after use. Water and soap is all that is needed. Pat dry before storing in the pouch.