I get a little thoughtful about history sometimes.  No surprise, I guess – I’m an Art Historian – but, still, when my mind starts to wander in to times long passed my researcher’s spirit can’t help but follow it in to a world of discovery. 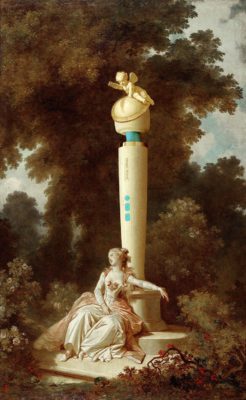 When I first started reviewing sex toys I was astutely aware that wands were where it was at and the Hitachi was as high on my buying list as it is for many other sex toy enthusiasts.

But how did the Hitachi come to this point? What’s the history behind it?

Prepare to be amazed as we casually saunter through the historical timeline of a classic sex toy that has, arguably, gained a timeless status.

The Hitachi Magic Wand was first brought to the world on 20 May 1968, when Hitachi Sales Corporation decided to trademark the phrase ‘Magic Wand’. 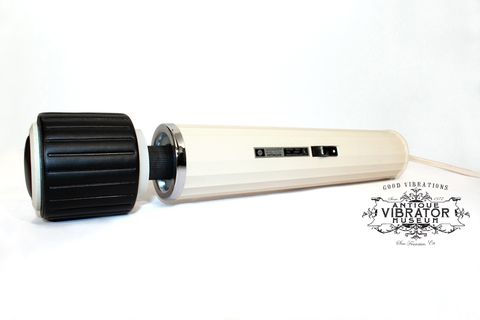 When the Magic Wand launched, however, it just went under the name ‘The Hitachi’ and was intended primarily as an electronic body massager and not a sex toy. To this end, many of the original Hitachi products came in plain boxes with unassuming names or, in some cases in the 70’s, were pitched for gym-goers and other fitness enthusiasts. With a change of name to ‘The Workout’ the Hitachi Magic Wand got its now highly coveted softer head.

It was also around the 70’s that the famous sex educator and artist Betty Dodson started teaching her sex workshops with the use of the Hitachi Wand. Dodson had been a fan of repurposing body massagers since the late 60s (introduced to them by a lover) but it was the Hitachi that really caught her eye and, in turn, a nation became hooked on what would go on to be termed as ‘the Cadillac of sex toys’.

Yet, sadly, Dodson never actually received fair compensation for her rather substantial role in popularising the Hitachi – something which Dodson herself describes as “really shitty” (and which isn’t at all surprising, for reasons we’ll discuss later).

Of course, Dodson wasn’t the only player in making the Hitachi popular – when sex educator Dell Williams went to a yoga retreat with Dodson she was encouraged to go to one of her sex workshops, discovered the Hitachi and (when she was creepily asked about the intent of purchasing one by a male salesperson) eventually launched the feminist sex store Eve’s Garden and had the Hitachi front and centre.

The Hitachi would then go on to grace the cover of Joani Blank’s book, Good Vibrations, a complete guide to vibrators with a forward by Dodson herself.

In doing so, however, Blank did more than just preserve the distribution of her publication; she hit on one of the core reasons that so many people appreciated the Hitachi Magic Wand to start with. Namely, its innocuous nature (and, of course, its powerful presence). 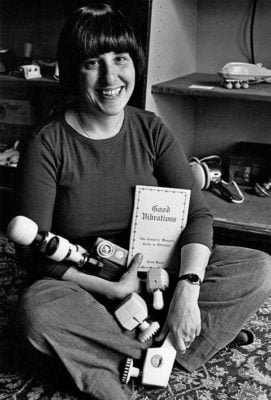 Then in 1977 Joani Blank opened up her very first sex store, Good Vibrations, in San Francisco where the Hitachi Magic Wand was an ever-present.

This was made possible by a small discount Blank had secured with Japantown, where she could buy them in bulk and get a $2 profit on each wand. If this doesn’t seem like much it’s because it wasn’t. Blank never stocked the Magic Wand to get loads of bucks; for her it was about making this product accessible.

Yet, the Hitachi Magic Wand almost faced utter elimination from the market in 1999, when Vibratex (the U.S. distributor of Magic Wands) lost connections with a company intermediary. For a year or so Magic Wands were a highly coveted, hard to find, and very expensive eBay buy. Vibratex kept trying to negotiate with Hitachi to let them sell the wand again, but Hitachi nsisted they were in negotiations with another company. It wasn’t until Vibratex offered to pay upfront for an entire cargo container of excess magic Wands that Hitachi were magically persuaded.

In the short time that the Hitachi wasn’t accessible the high demand for it wasn’t just being bolstered by sex books and workshops. Certainly not. By now its alternative uses were common knowledge to most individuals, to the point where the wand was gaining a media presence. 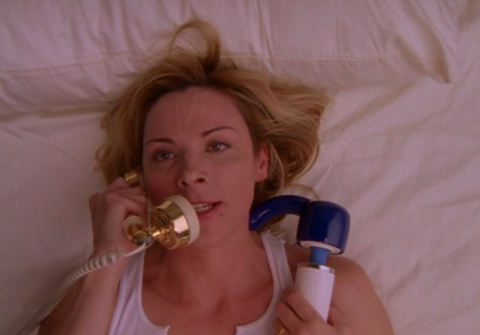 In 1984 the movie Bachelor party it was featured in the hands of a couple of sex workers, who casually handle it with alluring confidence.

Sadly, the original magic of Hitachi’s product was snuffed out in 2012, not through lack of desire for it, but through the company’s wishes not to be seen as undesirable.

Remember when I mentioned that Dodson got no credit for her role in making the Hitachi Magic Wand a sex icon? That’s because Hitachi did not want their product to be seen that way. Their denial of the wand’s most popular usage is so notorious among sex toy historians that it was actually considered a significant moment when Hitachi helped fund magic wand shaped chocolate wand moulds and ordered a few for the Good Vibrations 15th anniversary party in 1992. Outside of this, there has been no record of Hitachi ever wanting to embrace the sexual enthusiasm for their product. And that was the Atlanta division, not the Japanese one.

Add to this the fact that in 1999 they doubled down that it had to be advertised as a health care product and you’ve got a pretty clear animosity in the air.

And so, in 2012, Hitachi tried to completely stop making the Hitachi Magic Wand.

According to Dan Martion of Vibratex “[Hitachi]finally caught up to how it was being promoted and sold in the States,” and they weren’t having any of it.

It was only with tireless battling that Vibratex managed to keep the wand in production, but only if the name “Hitachi” was dropped from it entirely. The wand relaunched under its originally pitched name – “Magic Wand” – and so things came full circle. 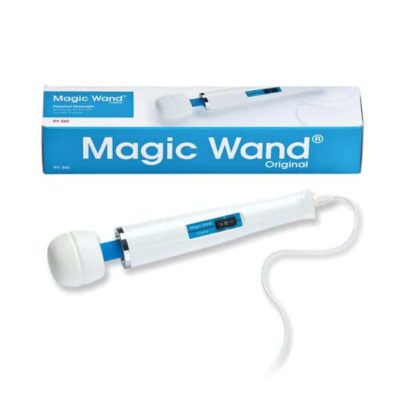 The Hitachi Magic Wand certainly has gone through a lot, but thankfully it still exists and is still pleasuring people the world over. You can now even get a rechargeable version of it, and many online retailers such as ododi.com sell it in an easily accessible manner.

Indeed, despite Hitachi’s best efforts at scuppering the Hitachi Magic Wand it lives on, just as strong and pleasurable as always, and I think we can all be thankful for that.