As a young female, I was exposed to a myth, a generalisation that caused me to suffer a great deal of insecurity, confusion and upset. At one time or another, you will probably

As a young woman, I was subjected to a myth, a generalisation, which left me feeling insecure, confused, and upset.
You’ve undoubtedly been exposed to this myth at some point in your life.
I’m referring to the notion that guys are always looking for sex.
The concept that a man’s penis is in charge of him, and that as the owner of said penis, he will be thinking about sex at least once every seven seconds and scrutinising every woman he meets.
As a female, I was first exposed to this misconception when my parents sat me down for ‘The talk’ when I was in my teens.

“Boys only care about one thing.”

“You know, if you want to, you can wait.”
Allow no boy to pressurise you into doing anything you don’t want to do.”

(While the latter is great counsel that should apply to both sexes, I’m curious if young guys receive the same message.)

This stereotype is passed down to young adults, teaching us from an early age that men are the aggressors, the ones who require more than you, the female, should be willing to provide.
It also implies that men will be unconcerned about the consequences or even the female involved in their quest for sex (If someone cares for you, they would not force you into anything).
It instructs females to be the’smart’ ones, ensuring that we give our ‘power’ to the ‘appropriate’ guy, the one who has earned or deserves it.

I used to sponge up information from peer groups and the media as a teenager, from weekend gossip about what “That Slut” did with “Those lads” to publications bombarding me with their latest “foolproof” sex techniques sure to blow his mind.
As a young adult, it’s easy to believe that your female strength is contained within your legs.
That giving it away is cheap, but all it takes is a simple click of your fingers (or a suggestive glance in his direction) to make his pants come off, because no guy can resist sex if the package is appealing enough, or if it is presented in the proper manner.

After all, “boys will be boys.”

It isn’t just women who are influenced by this idea as they grow up.
Some men grow up feeling that if they aren’t completely animalistic in their sex desires, they aren’t truly men.
If they decline a sex opportunity, they will be ridiculed by their peers and their masculinity or sexual orientation may be called into doubt. 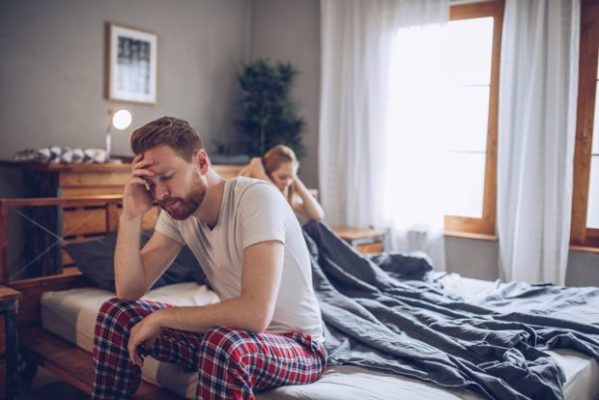 I’m sure you’ve heard some of the following off-the-cuff remarks, often in the guise of a joke or banter, but occasionally even as relationship advice:

“So, the woman wanted to have sex with you and you declined?
“What’s the matter with you, man?”

“Boys will be boys,” they say.

“Men think with their cocks,” says the proverb.

“If you really want to make amends with him, you may give him your head.”
He’ll put up with anything!”

“Dude, you’re getting married?”
So, farewell to your sex life.”

“Do you think he’s gay?”
Take a look at you, you’re just lovely.
“How could he not want to fuck you?” you might wonder.

(The final one irritates me the most because it offends both men and women at the same time.)
It not only criticises his libido, but also claims that your only worth as a woman is based on your physical beauty, and that only physically attractive women are deserving of intimacy).

Libido and the Sex Drive

Men do not always want sex

Men don’t always want sex, the truth is.
It’s a fabrication.
Male sex drive, like female sex drive, varies not just from one man to the next, but also from week to week.
Men refuse sex for a variety of reasons, including stress, exhaustion, illness, medication, and simply not being in the mood.
Men, like women, decline sex for the same reasons.

I like to read sex-related forums on the internet, and it’s clear that women today have a lot more freedom when it comes to expressing their sexuality.
Gone are the days when sex was viewed as a “wifely responsibility,” and nowadays, more females are asserting themselves, narrowing the gap on males in terms of desire, experimentation, and seeking out their own pleasure, which is fantastic.
However, it appears that there is a flip side to this, as more women are expressing discontent with the amount of sex they are having with their partners.
What bothers me is that these women blame themselves (Am I not good enough for him?
Is it because I don’t turn him on anymore? ), which I feel is due in part to the idea that all men desire sex all of the time and can’t say no when it’s offered. 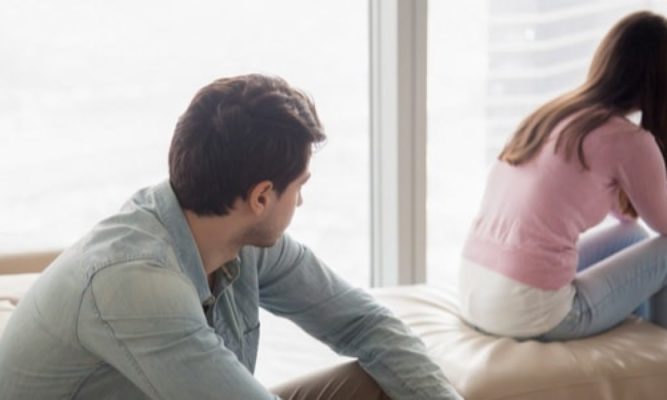 After all, if we assume that males desire sex all of the time, what happens to a woman’s confidence and self-esteem when her partner rejects her?

This was my life’s narrative.
During my first 10 years of sexual activity, I became trapped in a loop that repeated itself in three of my long-term relationships.
Each relationship started out with both of us having plenty of regular sex, but when the honeymoon stage wore off and his desire levelled off, I found myself being turned down.
I’d often lie beside my companion, puzzled as to why he hadn’t even given me a glance, instead focusing his attention on the computer game he was playing.
It would consume me on the inside.
I had the feeling that I wasn’t sexy enough, that I wasn’t good enough any longer.
Resentment built up inside of me over time.
It didn’t make any sense to me.
After all, he was a man, and I believed in the legend.
Maybe I’d picked the wrong guy.
Maybe he was simply a kid who valued X, Y, and Z over slamming my head against the wall.

As a result, many young women, like me, grow up believing that they repel the very man who loves them, causing them uneasiness and even shame.
Men are raised with the tremendous pressure to perform, to be “The Man,” or face being humiliated or degraded if they refuse to be a Lothario.
They can also be perplexed as to why their woman is so distraught about being rejected.
What a lot of strain and insecurity we put on our teenagers and young adults.

Now, it goes without saying that you will come across the odd man (or woman) who is ‘all about the sex,’ but please keep in mind that this is an extreme.
After all, everyone is unique.
Asexuality is on the opposite end of this spectrum, and most people’s sex drive will fall somewhere in the middle.
I suddenly realised that I had been duped, and that men, on general, are neither more nor less sexual than women.
This information alone assisted me in moving forward into a secure and loving relationship with a man who does periodically reject me, but I now understand he is not rejecting me or my love, nor is he abandoning me.
It is fairly typical for couples in long-term relationships to realise that their sex drives are misaligned.
If you find yourself in this scenario and are concerned, I believe it is critical that you communicate your concerns and fears to your partner and work toward a solution that benefits both of you.
Keep those resentments from building up by keeping them all inside.
Ladies, believe him if he tells you he loves you and you are in a nice relationship.

The truth is that some men just want to play on their Xbox for a few hours every now and again.

I’m Too Tired for Sex (And That’s Okay)